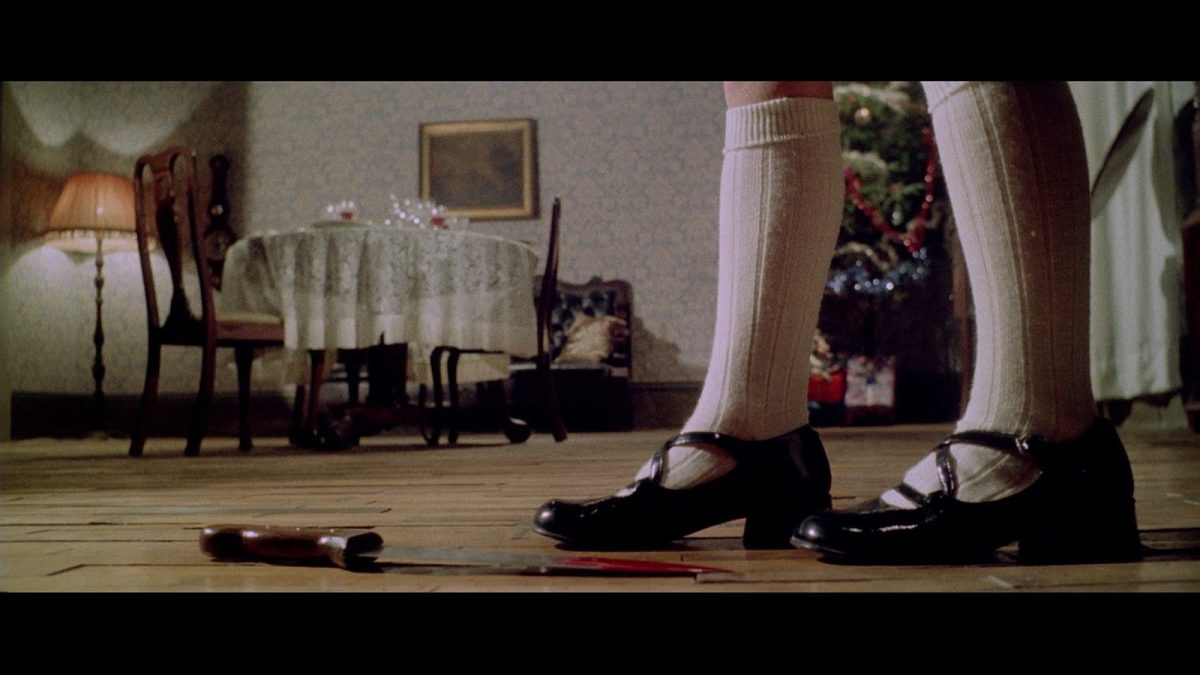 Murder and mayhem of Dario Argento.

Few filmmakers in history can get us to react more than Dario Argento. Born in 1940, the Italian director has been in the film industry for more than 50 years and is most famous for his giallo and horror works. Many fans all around the world admire his movies as they combine elaborate murders, provocative imaginary and a distinct nightmarish style. They also provide viewers with the sense of a totally visceral experience, which is reached due to the director’s approach to each of his works as to an experiment and investigation into the depths of human fear and death. The recent cinematic return to directing of the famous giallo master with his long-awaited movie Dark Glasses after a decade of absence serves as a great opportunity to remember some of his most captivating works.

The Bird with the Crystal Plumage launched the director’s career and was highly inspired by stylistic features of Mario Bava and his giallo movies, which include a mysterious Rome at night, beautiful women pursued by a killer in a dark raincoat and black leather gloves, and a bored passer-by who happens to become a casual witness to a crime. These are, in general, the source materials of many giallo movies, which are guided not by the story and the excitement of the screenwriters, but by the extravagant style as a formative element: eroticism, physicality, piercing and cutting objects, an aesthetic video sequence with violence inscribed in the ornament of the wandering plot.

Skillful depiction of fashionable interiors and Ennio Morricone’s haunting jazz-inflected score help to fully immerse into Argento’s horror, which arises secretly, as the underside of feigned well-being, indulging in Hitchcock thrillers. In his pursuit of investigating the machinery of fear, it becomes scary and tense where no trouble was supposed to be.

Deep Red is Argento’s giallo masterpiece that confirmed and secured his reputation as the true master of Italian horror. It is a prime example of a tabloid thriller, honing the notorious formula: an unseen killer brutally murders a female psychic, while a charming English jazz pianist (David Hemmings) and a journalist (the unpredictable and humorous Daria Nicolodi, Argento’s muse) team up to start their own investigation, which leads to another spate of unsettling murders. From there, Deep Red embarks on a dark journey into the twisted mind of a madman, shown with dramatic closeups and disorienting camera angles. Everything in the movie is full of stylish mystery and alluring artistry: Turin’s bewitching streets at night, rich interiors, a child’s drawing on the wall of the ‘haunted’ villa, an eerie lullaby, a sharp cleaver and splashes of scarlet blood – the combination of terror and tension has never felt so palpable.

The sound in the movie deserves a particular note. The bass-heavy, punk-Gothic score by the Italian progressive rock band Goblin sets the rhythm for Argento’s harrowing opus and makes scenes of terror and suspense even more chilling and hypnotic. It seems only natural that this movie was also a huge influence on John Carpenter, who directed Halloween (1978) in homage to it.

The extravagant look of Deep Red paved the way for one of Argento’s greatest accomplishments, in which the sophisticated style of the Italian master was embodied in a combination of an adult fairy tale and a full-scale supernatural horror.

The story follows a young American dancer, who joins a ballet academy in Germany that is full of sinister secrets: someone brutally kills young girls, and the institution itself is founded by occult witches. Without any discounts, Suspiria is not only the hallmark of Dario Argento, but a real avalanche of nightmarish imagery, spectacular decor, restless camerawork, rhapsodic violence and deceptive storyline. The captivating and eerie score of the movie is once again provided by Goblin and is considered one of the most compelling horror soundtracks to date. Suspiria strikingly provides a unique aesthetic experience, which is aimed at the sensory assault of the viewer: color filters hurt the eyes, maggots fill the frame space, and brutal violence is combined with the peals of progressive rock. Once again, Argento’s movie is a fine exercise in craft, sound, mystery and murder.

After supernatural witchcraft tales of Suspiria and Inferno (1980, the second movie of The Three Mothers trilogy) Argento decides to return to a modern giallo mystery full of dynamic and artistic set-piece murders and intriguing red herrings. The story unfolds when the famous American writer Peter Neal, a master of suspense novels, comes to Rome with a promotional tour. In a strange way, a series of gruesome murders begins in the city – they all repeat the plot of the book that has just been written. As the killer’s identity isn’t disclosed for most of the film, the audience is left to decipher the plot’s many ambiguities via a series of contextual clues. Inspired by the personal experience (a fanatic got hold of Argento’s telephone number while he was working on a script), Tenebrae is a truly riveting mystery that provides a superlative contemporary nightmare and stands out from previous Argento’s films in its more realistic aesthetics, self-reflexive elements and a more noticeable emphasis on the narrative form.

Opera is one of the final breathtakingly violent and stylish films at the peak of Argento’s influence. It is a macabre combination of subconscious mind games, haunted memories and obsessive illusions, and, according to the director, his personal favorite work. The plot centers on a young opera singer who unexpectedly gets a lead role in the avant-garde production of Giuseppe Verdi’s Macbeth and is thrown into the limelight through the intervention of a killer. From this point on, the storyline gets more and more complex with a bizarre exploration of The Scottish Curse and a completely unpredictable ending. The forced spectatorship, which is the subject of curiosity in every Argento movie, here reaches its peak in a truly unforgettable manner. It seems impossible to look away.

Despite the fact that Dario Argento’s latest works have been poorly received by critics and audiences, he remains one of the most influential and beloved directors in the history of horror films. His recent work Dark Glasses features a blind sex worker being pursued by a sadistic killer in Rome. While it demonstrates the nostalgic touch of many of his previous gialli (including set-piece murders, killer on the loose, gory climax, a pumping synth score), it significantly lacks their intensity and integrity. However, this film is still Argento’s best work in the last 20 years and can be seen as a vivid reminder of the director’s former glory, which gives us a chance to remember why we love this cult Italian director in the first place.

Cover image: A frame from the film Profondo Rosso. 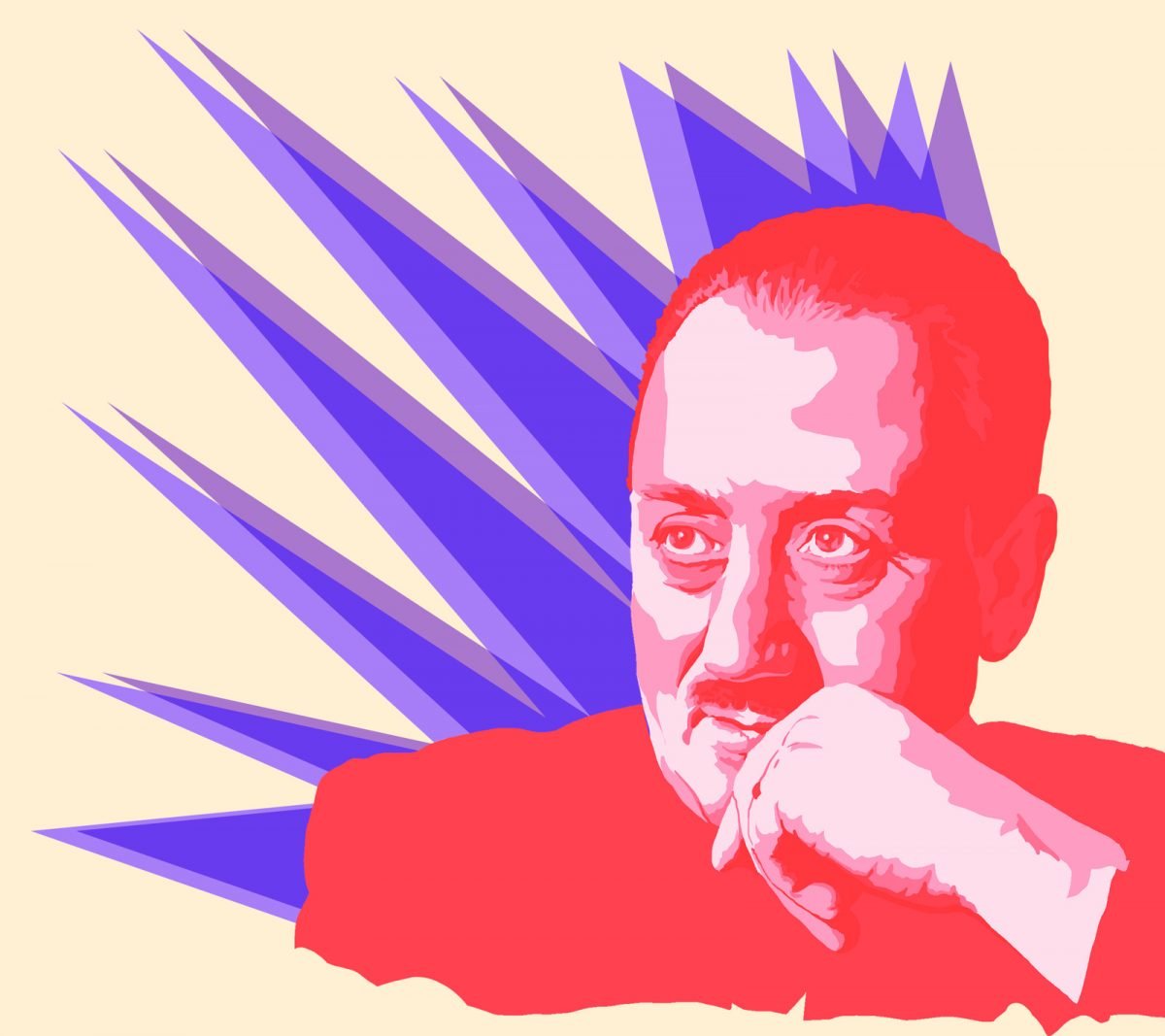