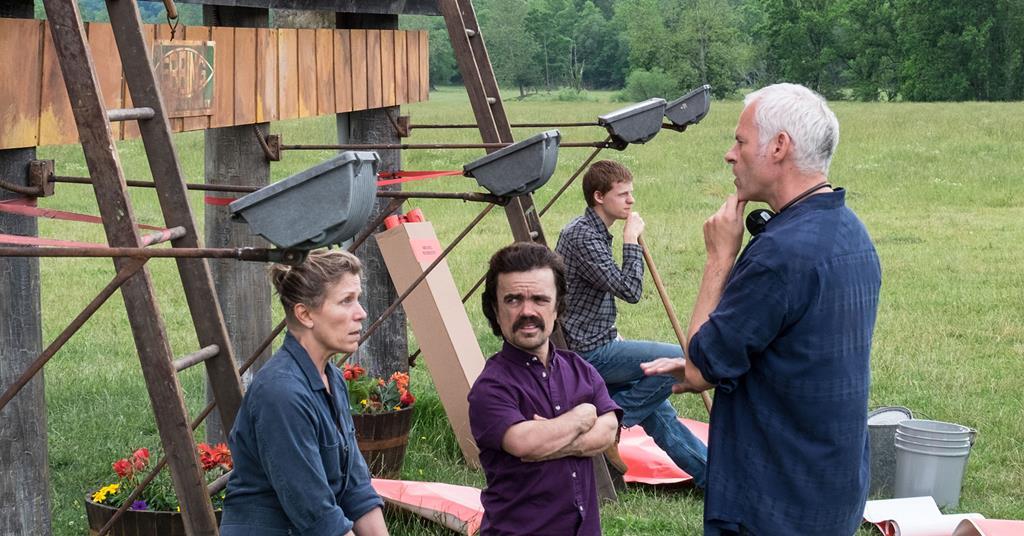 Waiting for the release of his latest movie, which has gained a praised acclaim at the Venice film festival, let’s take a moment to remember the brightest examples of McDonagh’s filmography.

Martin McDonagh is an Irish writer, director and playwright, who can be held as one of the current greatest screenwriting auteurs, immediately distinctive in his art. When his debut short film Six Shooter was released in 2004, it brought him both an Oscar and audience recognition, introducing some of his frequent features: the manner of unwinding complex intrigue, chaotic situations, slightly grotesque characters and wry witty dialogues. In his work he can be called a skilled postmodernist, one of the last who doesn’t slip into trivial vulgarity, which doesn’t deny the fact that he is in the same league with authors whose films he was once inspired by, and whom he has long outgrown. The recipe for his success – a compilation of rigid theatrical drama and rich cinematic texture – was tried by many, but only a few did it with such virtuosity. At the same time, it should be noted that his skill has only been growing over the years.

Martin McDonagh’s first dark crime comedy can be considered an utterly distinctive masterpiece of art and absurdity. The story revolves around two hitmen (Colin Farrell and Brendan Gleeson) forced to lay low in Bruges. The plot is open to a whole crowd of strangers — and everyone you meet (including Dutch prostitutes and dwarf actors) promises a new adventure and a new opportunity to change lives. The rest is the details, which are, in fact, the most important thing in the movie: hilarious dialogues based on the fact that people fatally don’t understand each other, small plot paradoxes, phantasmagoric overtones. New Year’s Eve Bruges adds a truly fascinating and at times magical atmosphere: austere temples of Brueghel’s time, stone-clad canals, medieval bridges, worn cobblestones of the market square, Gothic spires…  Everything here inevitably transforms main characters, inhabitants of the social bottom, who undergo a whole range of emotional experiences throughout the movie. The foreign scenery erases the “professional features”, revealing ordinary and even pleasant, indescribably charming people under their skin.

The movie carries a certain emotional weight and is filled with tenderness, depth and anxiety, alongside touching reflections about wisdom that comes with experience and human affection that warms the soul and can be redemptive. It’s that type of movies that rewards multiple viewings and stays forever in your heart.

Seven Psychopaths is McDonagh’s second full-length film, the black meta-comedy in which burlesque unpredictability of the plot ends with a touching, almost humanistic finale. The story follows a troubled screenwriter (once again, Colin Farrell) in a state of creative crisis, who tries to write something new and simultaneously gets into a cycle of criminal events (with very charismatic Sam Rockwell and Woody Harrelson), which are all bloody, brutal and at the same time delightfully goofy.

The movie instantly gained cult status, but at the same time it was somewhat underestimated even among devoted fans and perceived mostly as a great hooligan postmodern joke that denies meta-narrative, and therefore does not pretend to evoke deep and pure emotions. However, the movie shows us some autobiographical elements and self-reflection, while the plot, despite the abundant layers of references and cinephile gags, explores controversial and eternal themes. It is a curious attempt to look not only on the way out of the creative crisis, but also on the interaction of the artist with his characters and universes created by him, the idea that every creative act gives a new life to us, the audience, while at the same time turns into a small suicide for the author himself.

Three Billboards Outside Ebbing, Missouri can be considered McDonagh’s main international hit. It is a lively, touching, funny and heartbreaking drama about a woman (brilliant Frances McDormand) who declared war on the police (once again we have a pleasure to see Sam Rockwell and Woody Harrelson), who were sluggishly investigating the brutal murder of her daughter. The movie doesn’t only show McDonagh’s growth as a director, but also presents the development of intuitively recognizable types of his characters, each of whom is not just a carrier of a certain morality or function, but a voluminous, rough, discussion provoking character. All of them have their own truth, their own pain and their own opportunities for heroism and vileness. Even the minor characters in the film have their own balance and imperceptibly influence what is happening on the invisible front of the struggle of Women against the System – for this unique microclimate, McDonagh received a Golden Globe.

Three Billboards Outside Ebbing, Missouri is a small world with big feelings and open emotions, where law, truth and justice are not always in the right hands and the right place, and the characters discover in themselves, but also in another, too, whether he is a friend, an enemy or a stranger, a bottomless human nature where everything is mixed up, and the oppositions – crimes and virtues – are not so contradictory to each other.

The Banshees of Inisherin is the director’s newest dark comedy film, a tale of people living on the edge of civilization and madness, set on a remote rural island and following the friendship of two Irishmen broken in half in the times of the raging civil war. It’s a poignant tragicomedy that serves as a melancholy, heartbreaking and hilarious character study exploring the intricacies of friendship, painful soul-searching and grueling personality crisis. The film reunites the charismatic duet of Colin Farrell and Brendan Gleeson, who both starred previously in McDonagh’s splendid debut feature In Bruges. The Banshees of Inisherin has now earned particular critical acclaim at the 79th Venice International Film Festival, where it premiered on 5 September 2022. The movie’s release date in Italy is set for 2023, and it is safe to say that this is going to be one of the most intriguing films to wait for in the coming months.

Cover image: A frame from the work on the film Three Billboards Outside Ebbing, Missouri. 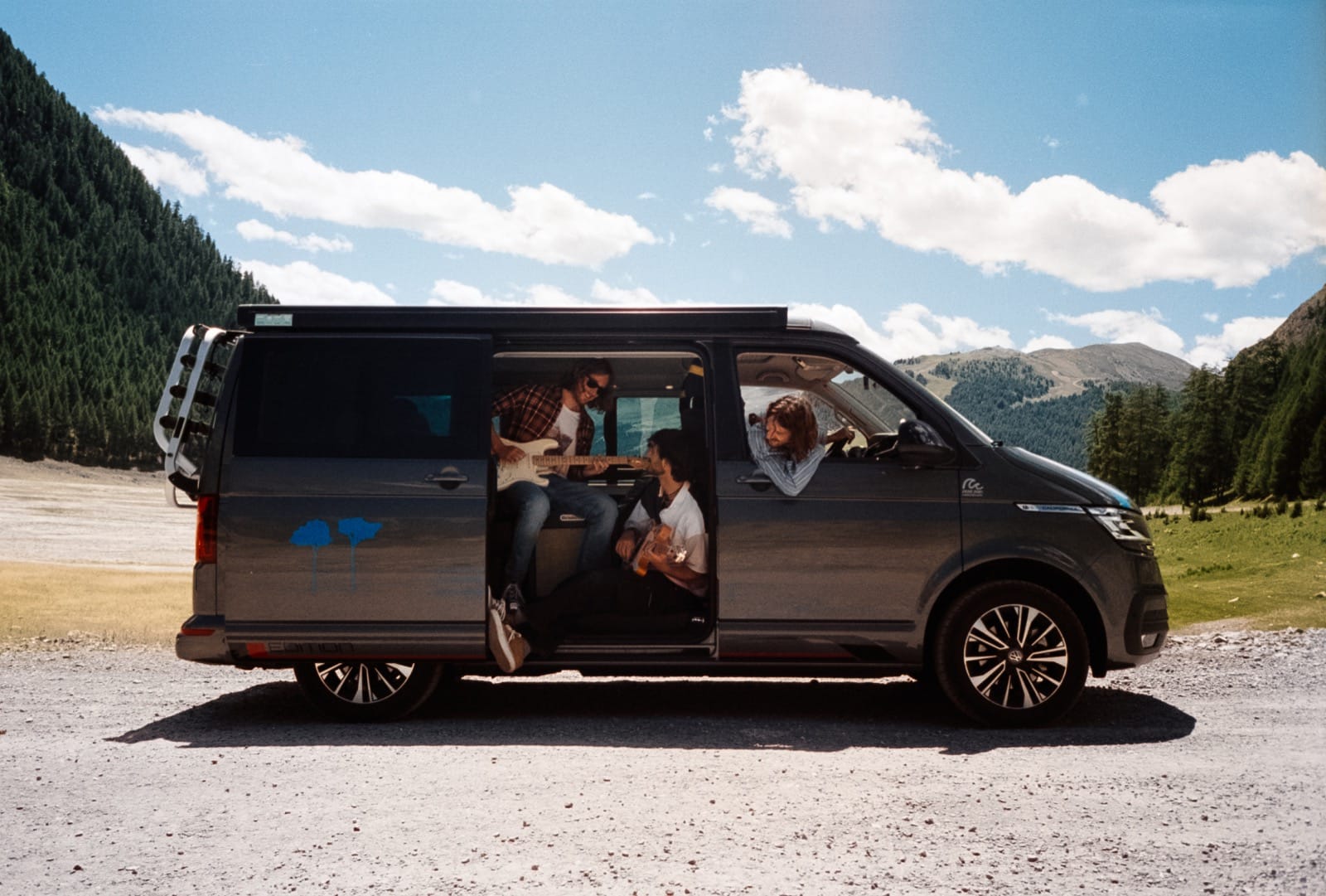 Check your vibe before a Barkee Bay Live